Our bus from Santiago winds its way past vineyards and farmland as we move through the rolling mountains, heading west towards the port city of Valparaiso. After a week in Santiago, I am overcome with excitement as I catch a glimpse of the Pacific. Minutes later, we pull over as the driver announces we have reached our destination. Piling out of the bus, I find my backpack and sling it over my shoulder with a grunt and make my way towards the centre of town.

Valparaiso, or Valpo as it is affectionately known to those who inhabit this beautiful town, is a colourful town perched on the hill tops that overlook the Pacific ocean, some 2.5 hours north-west of Santiago. Being declared a UNESCO world heritage site in 2002, the city has taken on an alternative feel, with many artists calling it home. Valparaiso is best known for two reasons: funiculars and street art. This is what I had come to see!

When travelling, you will hear time and again that exploring a city on foot is second to none when it comes to taking in the sights and smells of a new location. Valpo is certainly not an exception to this rule, with its interwoven laneways spreading across the hills. The local government has given free rein to artists to use the houses and building of Valparaiso as the platform of their artwork on the condition that they first seek an agreement from the owner to use their property as a canvas.

When setting out in search of street art in Valpo, my advice is to take a train or bus to Bellavista metro station and then head for the hills. My favourite place to wander was around the neighbourhood of Cerro Alegre with the biggest and best works located up the hills in the residential parts of town. Wear a good pair of walking shoes and be prepared to put in the miles as the lure of wondering what lays around the next corner will be too much to resist and you will undoubtedly walk further than you had anticipated. The good news is, there are a lot of eating and drinking options in this part of the city, some offering incredible views over the streets and down to the coastline.

In the few days I spent in Valparaiso, I found myself falling into the habit of spending my mornings walking through the narrow streets and  taking photos, followed by settling into a small bar or cafe for lunch (and a few beers). After a quick look over the morning’s photos, and another beer, I’d pay my bill and wander back out into streets in the hope of discovering new works and capturing them in the afternoon light. All in all, not a bad way to spend your time if you enjoy your food and street art.

If wandering through unfamiliar streets on your own isn’t for you, then there is the option of taking one of the many guided street art tours on offer. These tours range from paid tours through to the free walking tours that are found in most major cities around the world. These tours will also take you to significant sites such as the former home of Chilean poet Pablo Neruda  and to the most picturesque funicular rides for photo opportunities.

Valparaiso is a mix of the old and new. On the one hand it has churches built in the 1500s, old plazas that ooze colonial charm, while on the other it has modern street art and restaurants that are at the forefront of Chilean cuisine. The street art offers an insight into the recent political unrest in the country, giving the people of tomorrow a voice and a platform to express their feelings on their history and their hopes for the future. 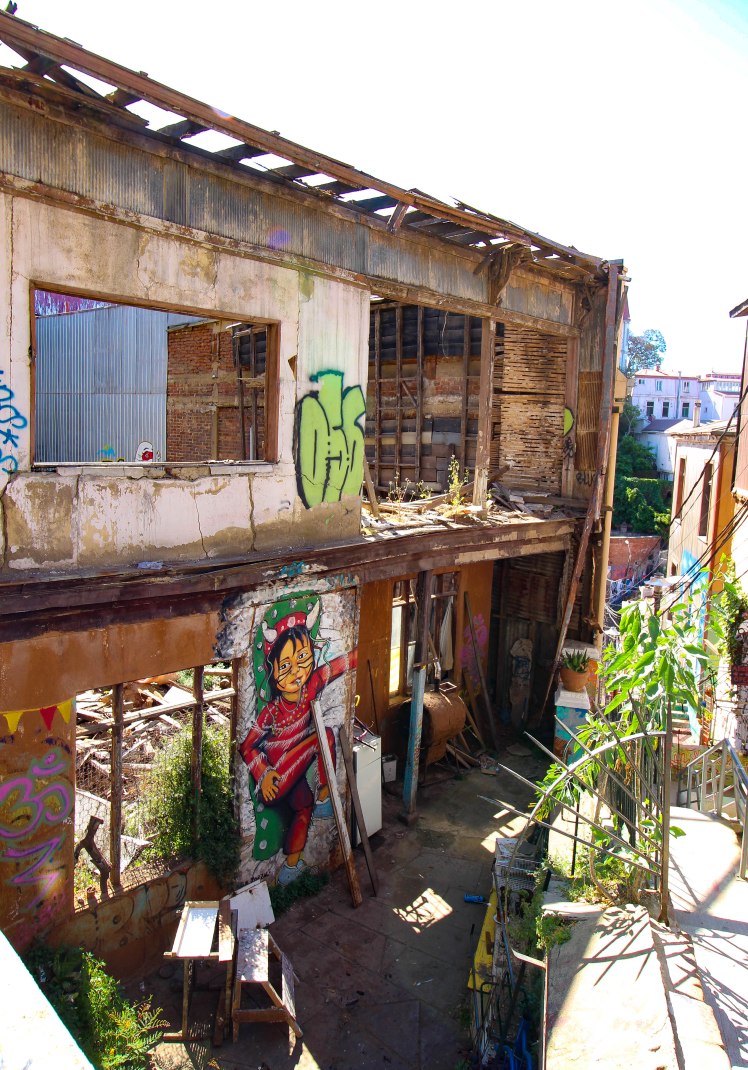 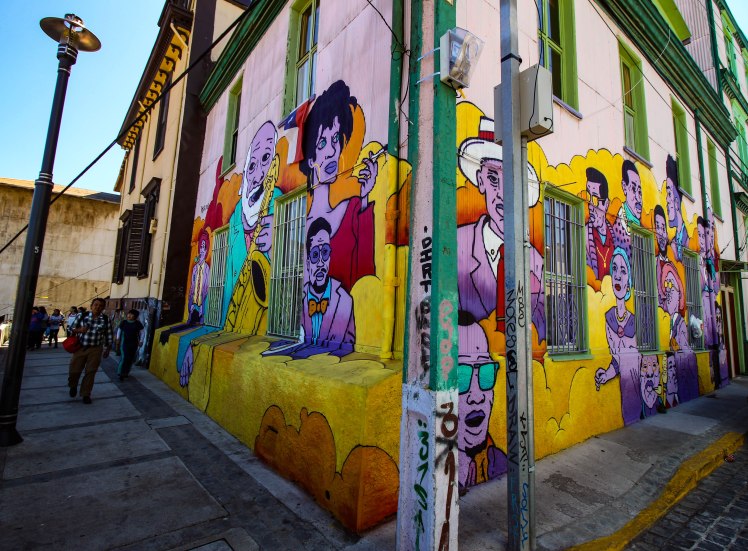 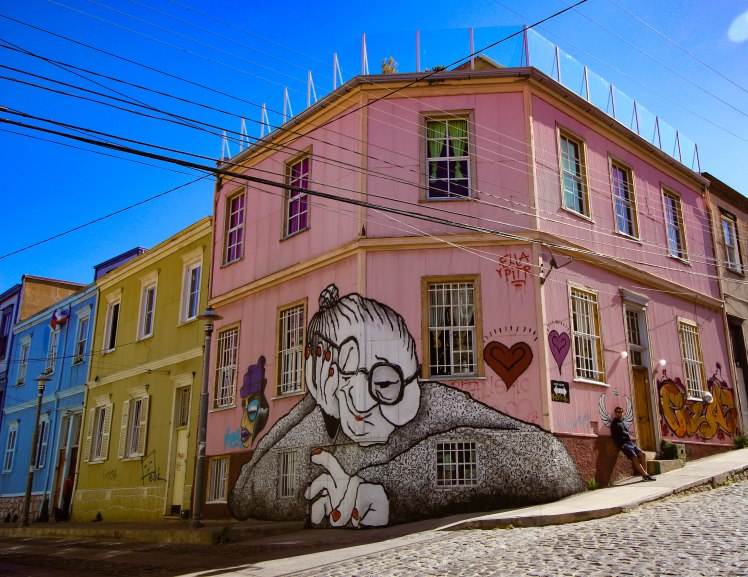 4 thoughts on “A Guide to the Street Art of Valparaiso”