The picturesque walled city of Cartagena is perched on the northern Caribbean coast of Colombia. Famous for its beautiful colonial architecture and colourful flower-clad balconies, Cartagena is that idyllic destination you think of when your mind wanders off when daydreaming of visiting South America.

After landing in Cartagena from Bogota, we were looking forward to some warmer weather and being back closer to the ocean. We had been travelling for months and our trip of a lifetime was drawing to an end. Money, or lack of it, was starting to play a part in the accommodation we stayed in and pretty much everything else that took up our days. With this in mind, I booked us into what seemed like a quiet little guesthouse just outside of the colonial city centre. We planned to spend a few days at the beach and walking around the old town, all of which would cost us nothing!

Arriving at the guesthouse, everything seemed in order as we checked in. The man behind the counter didn’t look particularly trustworthy, but we weren’t looking for lifelong friendship, only a place to put our bags and sleep of a night. Dumping our bags, we ventured off to explore Cartagena.

We spent our first day in the old city allowing ourselves to get lost in its picturesque, winding streets. At every turn we found ourselves stopping to admire an old colonial style building or to watch the traditional fruit basket ladies (Las Palenqueras) in their colourful dresses selling exotic fruit on the street corners. Seemingly, we had found the perfect spot to wind up our six months on the continent.

As the afternoon turned into evening, we sat on the old walls of the city and enjoyed a beer while watching the sunset across the blue waters of the Caribbean. After a long day of travel and discovering a new city, we decided to get an early night in preparation for a day at the beach the following day. Little did we know, sleep would be the last thing on our mind once we returned to our guesthouse. 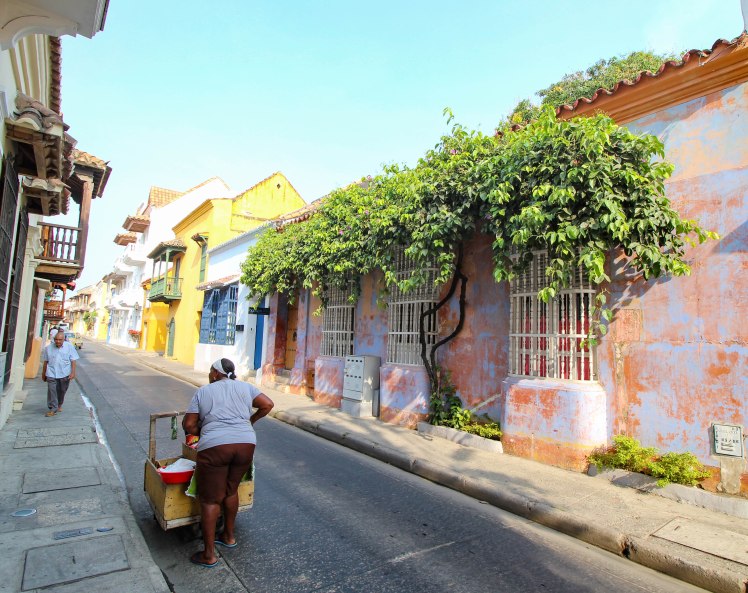 Deciding to read before we went to sleep, we laid in the room enjoying the quiet. A few minutes later, I heard someone being let into the room next to ours by the man at reception. I could hear him speaking softly before closing their door and walking back up the hallway. Returning to my book, I got through another page or so before I began to hear the repetitive sound of what was clearly a creaky bed. The intensity of the noise began to grow as the cause of the squeaking became clear! “Wow, they didn’t waste much time unpacking”, I said to my wife as I laughed.

A few minutes later, we were treated to a performance that would have earned this lady an Oscar as she wailed, moaned and carried on for all to hear. Being the mature 30-something that I am, I found myself giggling uncontrollably as my wife debated whether it was appropriate to knock on the wall. We waited out the next 10 minutes and eventually the commotion came to its natural end before we heard them leave the room. After living in shared accommodation for the last six months, overhearing other people’s intimacy was nothing new, so we turned off the light and called it a night.

Just as I was about to fall asleep, I heard the man from reception once again walking up the hall talking to someone. The door of the room next to ours once again opened before closing as the footsteps of the man from reception disappeared back to the front desk. In my semi-conscious state, my mind started to turn… Just as I was starting to piece together the scenario we now found ourselves a part of, I once again could hear the unmistakable sound of the squeaky bed. As the noise ramped up once again (this time the source was someone new), the realisation that we were staying in a brothel hit me like a tonne of bricks.

I wasn’t laughing this time. Instead, we found ourselves jumping up off the bed seemingly with the same thought in our minds: we need to get off this mattress! After listening to another Oscar-worthy performance (this one a little shorter than the last), we debated leaving to find another place to stay only to decide that our chances this late at night were next to zero. We had to stay and tough it out.

We pulled our sleeping bag protectors out of our bags, retrieved our earplugs and spent the night sleeping on top of the covers. Throughout the course of the night we were treated to no less than another half dozen encore performances. Our only reprieve came when the cleaning lady would briefly tidy the room between visitors. All night long, we heard people making their way up and down the hall, doors opening and closing again, all the while the sound of squeaking beds and happy clients rang through the ‘guesthouse’. There was one room though, located all the way at the end of the hall that remained dark and silent. Its happily married inhabitants propped up awkwardly on the bed with the door barricaded, too worried to touch the sheets. 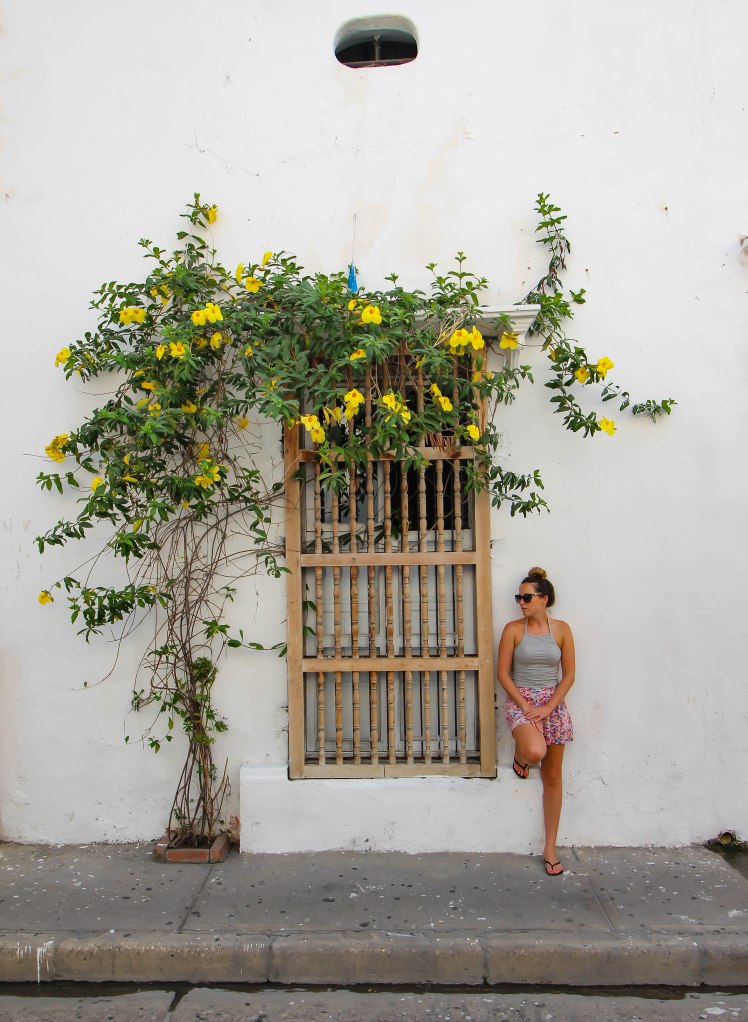 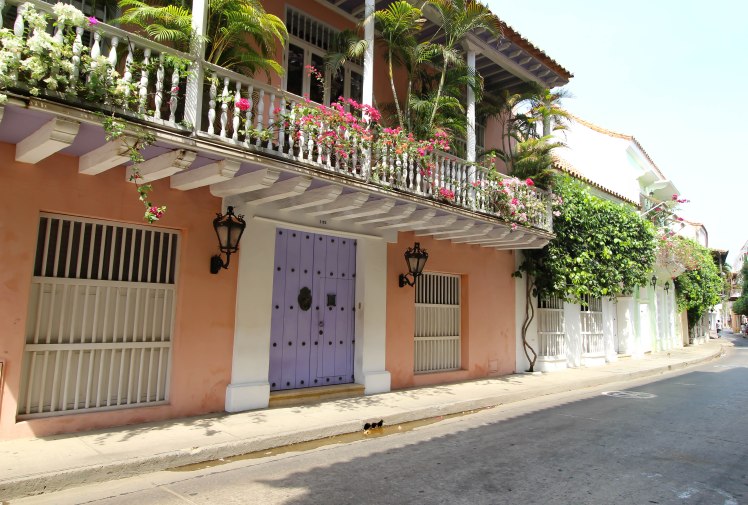 2 thoughts on “An unexpected surprise in Cartagena”